RETROFITTING IN A PRESS BRAKE CERVERA 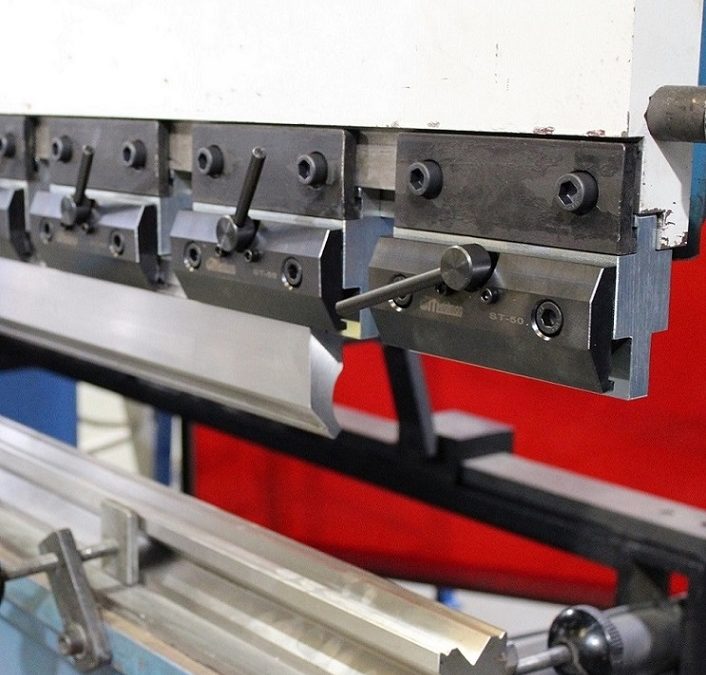 METALMAQ makes a “Retrofitting” in the bending tooling of a press brake CERVERA with special mooring.

Our customer has a very old 2 meter press brake CERVERA brand and asked us for an opinion on the reform of his tools or the purchase of a new one.

As seen in the following photos, the punches were deteriorated, were of special mooring and were directly attached to the bending beam.

For our Technical Office the solution was very clear. It was not too profitable to manufacture some special punches to replace those that our customer had, since apart from having a very high cost, when a replacement is needed, a special one must be remanufactured upon request, thus extending the response time. Therefore, we made the proposal of some special intermediaries in sections of 150 m/m, to move from the special mooring that our customer had to a standardized mooring, in this case the mooring type Promecam or European System.

Making these intermediates in sections of 150 m/m and between them having a space of about 50 m/m, it allows to make trays with very high “wings”, these can pass between the intermediaries and so you should NOT buy higher punches to make this type of folds .

As seen in the upper sketch, special intermediaries have been made with the lowest possible height, to achieve a good “working opening” and that the client has enough space to work comfortably.

We also made the proposal to put the fast clamp ST-50, which are very economical and at the same time greatly facilitate the operation of changing punches, since with a simple lever movement it allows to open and close the clamp, without need to tighten or loosen any screw, with the consequent saving of time and money. In the attached video you can see the demonstration of our Fast Clamp ST-50

The proposed punch is the best selling of the Promecam system; the mod. 10.10 / 88º, which is very versatile and one of the economic press brake punches on the market.

The customer also took the opportunity of the entire “Retrofitting” operation to change the die, in this case we chose the multi-V die mod. 1319, which with dimensions of 54 x 54 m/m, has 9 “Vs”, two of them closed at 30º to make very closed bends. This die is a very good option for customers who work with metal sheet of thin thickness, since the price it has for the quantity of “Vs” and options it gives is unbeatable.

As the customer told us once he mounted all the tools; “We have given a radical change to the press brake and we have gained in reliability and speed in the change of tools”, as can be seen in the photos below … … he is indeed right! !